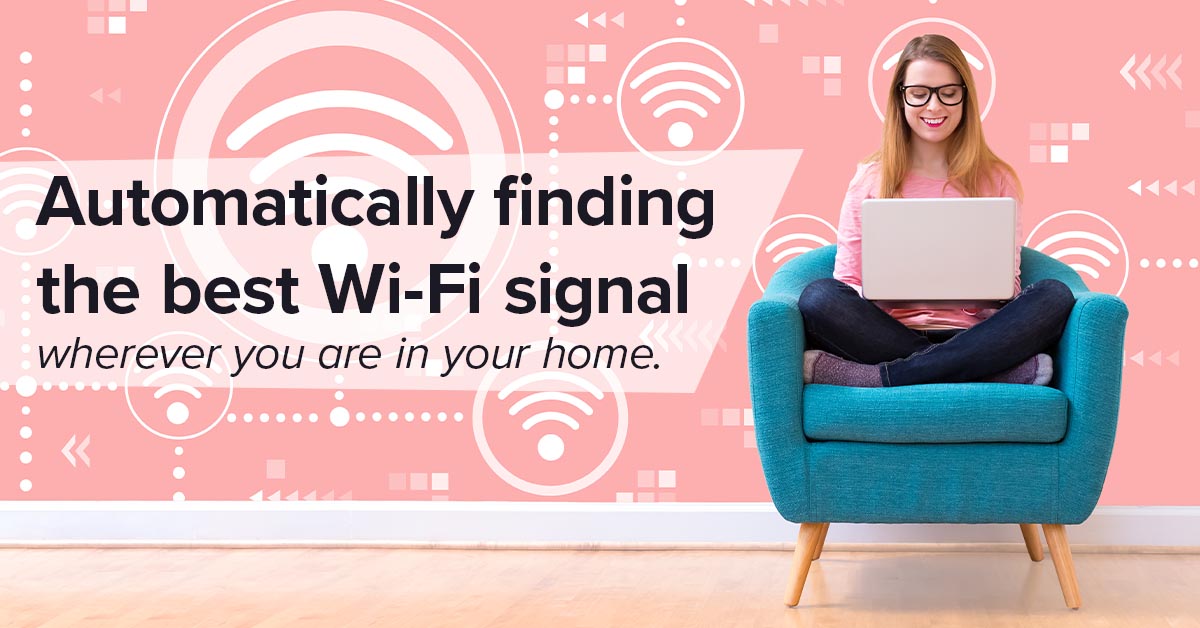 Automatically finding the best Wi-Fi signal wherever you are in your home.

by DFT Communications
in Internet and Wi-Fi, Technology
Comments

Finding the best Wi-Fi signal in your home is important to our digital experience. We know how important it is for you to have a strong Wi-Fi signal throughout your home. That’s why many modern gateways (also known as routers, modems or access points) have powerful features designed to help you get the strong connections you want. Here are two of them:

Band steering: keeping you on the road less traveled.

Imagine a single lane highway that carries all the traffic both in to, and out of, a town. If it’s a fair-sized town, that road could get pretty congested at times, and vehicles traveling on it can interfere with each other.

Now imagine if that same road was widened into two lanes. Congestion would be halved, and it would be able to carry twice as much traffic.

In the beginning, there was only one Wi-Fi frequency: 2.4 GHz—a single road. As Wi-Fi became more popular, the 5 GHz band was introduced, doubling the amount of traffic a Wi-Fi network can handle.

Some modern gateways don’t leave the choice up to your devices. They monitor how much traffic there is on the 2.4 GHz band and, if it’s too congested, will steer your devices to the less traveled 5 GHz band. Of course, if you still have old devices that can only connect on 2.4 GHz, these gateways will leave them where they are.

If you’ve installed a Whole Home Wi-Fi solution, you may have smaller boxes in different parts of your home. These units ‘mesh’ together to expand your Wi-Fi coverage across your entire property. Perhaps even to your garage and front and back yards. They receive the signal from your primary gateway and transmit it further afield. In this situation, both the gateway and each of your additional units are referred to as “nodes”.

When you move around with your devices, you’ll move away from your primary gateway and towards one of the other units. Or you may move from one unit’s coverage area to another. In each case, the system will automatically steer—or switch—your devices to the gateway or unit that delivers the strongest signal. You don’t have to do a thing.