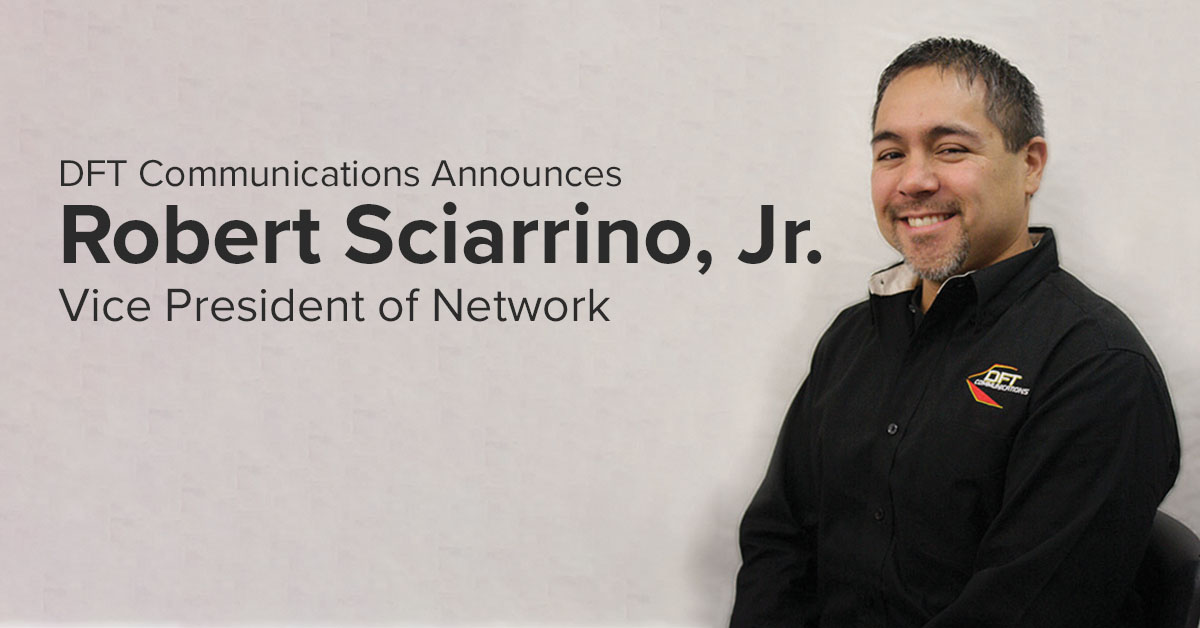 The past year has been one of excitement and growth at DFT Communications.

With millions of dollars of upgrades to the fiber-optic network, the furthering of a Wi-Fi education campaign; leading to better customer experiences, and more community partnerships than ever before, DFT is securing its place as a technology backbone in the region. 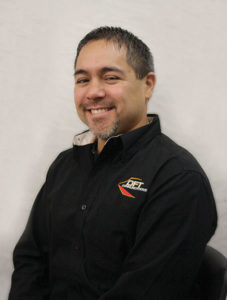 With upgrades in infrastructure, though, comes a necessity for shifting in employee responsibilities. To that end, DFT is pleased to announce Robert (Rob) Sciarrino, Jr. as the new Vice President of Network.

Born and raised in Westfield, New York, Rob came to DFT in 2009 with an already exemplary resume of knowledge and first-hand experience in network operations. Having started in the industry as an intern at the age of 15, Rob worked his way up from the bottom; learning the complexities of telecommunications throughout the early years of Broadband ADSL, during what many consider the glory days of traditional telephony services. He studied at the State University of New York at Fredonia and Empire State College.

As part of his new responsibilities, Rob will be overseeing much of the day to day operations of the network at DFT Communications. This includes updated Broadband delivery systems, fiber to the premise, and large scale carrier transport systems; like those provided by AT&T and Verizon.

“With fiber to the premise, we’re trying to get every individual organization set up with fiber optic or wireless technology,” Rob said. “It’s part of getting us into the next generation of Broadband.”

Rob explained that he is looking to the future to help DFT maintain its place as a high-end regional telecommunications provider, a goal that can only be achieved by staying on the cutting edge of technology.

“I’m extremely excited for this opportunity,” said Rob. “I am looking forward to continuing to be a part of this company and securing its growth with emerging broadband technology. I’m grateful to be trusted to help lead the charge into the future.”

Rob currently resides in Dunkirk with his children, Mikaela, 8 and Riley, 4. After time as a fire chief, training officer, EMS captain, Rob maintains an active role as a volunteer firefighter with the East Dunkirk Fire Department.

Founded in 1898 in Arthur R. Maytum’s grocery store, DFT has been serving Western New York for 121 years. DFT Communications is a family of companies linking neighbor to neighbor, friend to friend and business to business.