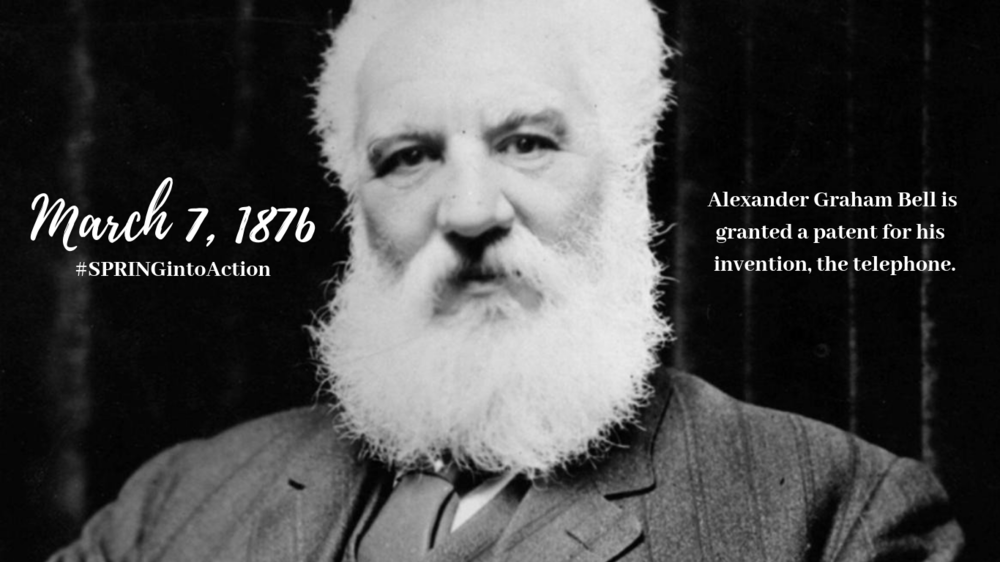 by DFT Communications
in Miscellaneous
Comments

Today, we remember the accomplishments made by Scottish-born scientist, inventor, and engineer Alexander Graham Bell. Bell was granted the patent for the telephone on March 7, 1876. Three days later, he made the first phone call ever. The story goes that the first call consisted of Bell testing the device with his business partner and investor, Bill Watson. Over the phone, Bell said, “Mr. Watson, come here. I want you!”

Alexander Graham Bell went on to tour the country with his new invention. On July 9, 1877, The Bell Telephone Company was founded. He was only associated with the company for three years, disengaging with it in 1880 so he could return to his studies.

The impact left by Bell still affects us to this day. Aside from the telephone, Bell is also credited with developing the early forms of a wireless telephone. As well as an early version of the metal detector, the hydrofoil and hydroplane boat designs, and aeronautics research which was used in the development of airplanes.