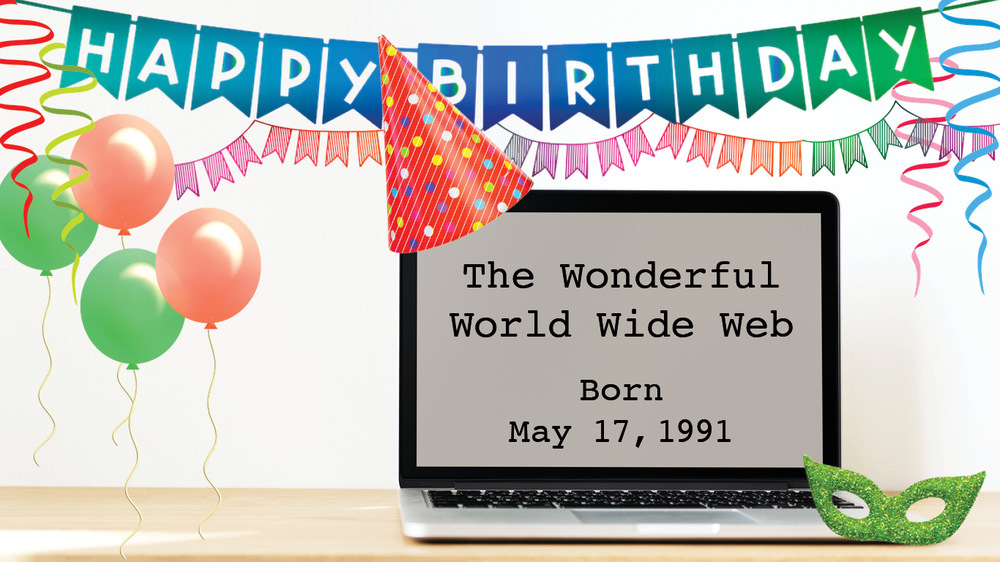 On May 16, 1991, we used paper maps to navigate road trips, we used books to research our college papers, and if we wanted to “friend” someone, we just said hi and asked what they were up to later. One short day later, the World Wide Web was born.

On that day, Tim Berners-Lee used a NeXTcube computer to launch the World Wide Web. Initially, this network connected only labs (like the CERN Particle Physics Lab where it was invented), government agencies, and universities, but by 1994, its reach extended to schools, businesses, and recreational users as well. From 1995 when usage was first tracked to the turn of the century, the number of users leaped from 16 million to 361 million.  And by last month, over 4.3 billion users worldwide were connected (that’s over 56%!).

Amazingly, the internet as we know it today found its beginnings following the Soviet Union’s successful launch of Sputnik in 1957. In the 1960s, scientists and academics began developing theories for sending and receiving data across vast communication networks and by 1964, Paul Baran had penned the paper on packet-switching that truly made the internet a possibility. Theory turned to reality in the ‘70s as universities began to communicate via email (lab to lab, university to university) and the “@” symbol was adopted into electronic communications. The ‘80s saw major leaps into the internet of today with the introduction of the Domain Name System, “.com” and “.edu” joined the lexicon, and a worm (the first of many) infected about 10% of the 60,000 hosts.

Just one year after the launch of the World Wide Web, the number of hosts broke 1 million and today, there are nearly 2 billion and well over that number of individual Facebook users. We can connect to people and businesses anywhere in the world and we can do it and that power to connect is right in our hands.